The pictures above show the Oerlikon cannon fitted with shoulder cups and sights, this was usual on British MTB's and seems to also be the case on some of the earlier US PT-Boats (maybe where they were retrofitted to the boats by the crew).

Sometimes there was a bag fitted below the cannon cradle to catch used shell casings and there also seems to have been a strap for the operator.

Later US PT's used the leaning brace shown on the model cannon below and they didn't seem to bother with sights. The leaning brace would have given much better control over the guns elevation for shooting at aircraft.

A very good World of Warships, Naval Weapons, documentary on the 20mm Oerlikon on Youtube: https://www.youtube.com/watch?v=W7qExnBNWJk

Or this Forgotten Weapons.com  - 4 fun facts about the 20mm Oerlikon - https://www.youtube.com/watch?v=6yCxITYzW-0 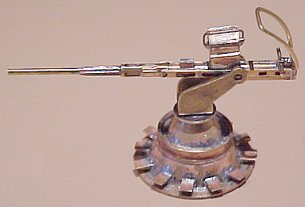 The objective is a (possibly operational) 1/20th scale 20mm Canon. 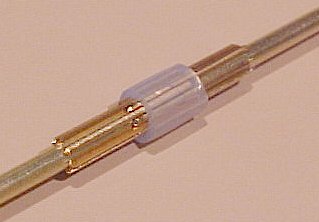 Basic barrel made from brass tubing, in order to make the cooling spline I used gold plated wire wrap pins cut off an IC socket, 16 fit perfectly around the tube, pull eight forwards, hold them in place with silicon tubing and solder in place, then remove the other eight, perfect and simple to do!

Another bit of tubing drilled and filed with needle files.

Leave the silicon tubing on until it's all soldered 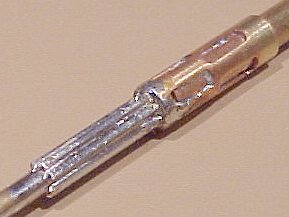 Make some side bits, a bottom thingy and a back bit

This shows the sides, bottom, back and a couple of top thingy's in place and the folded leaning brace. 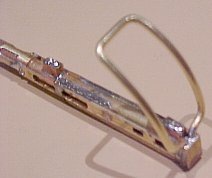 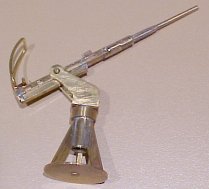 Looks quite the part so-far

The ammunition Magazine folded out of sheet with wires soldered on. Cut around the front and back (not soldered on yet) with scissors and then file to shape.

The cradle and tripod mount.

The tripod legs soldered in place

The base cut out with a hole saw. A countersunk screw in the middle will hold it in place.

Solder legs to base

Brass nut soldered at the top.

I use the stand drill a lot at low speeds with a range of files to trim up things that are supposed to be round, like the base and the nut.

Not sure what to do with the finish yet!

This is a resin and photo-etch model kit from CMK.

Czech Master Kits, more commonly known as CMK, has been one of the Czech Republic's contributions to modeling since the mid-1990s. Originally it focused on production of resin cast kits but later production expanded and a range of resin detail accessories, detail sets, white metal accessories together with modelers' tools and aids was introduced. In addition, CMK also publishes monograph books focusing on interesting subjects which contain detailed scale drawings as well as original photographs and color profiles.

CMK company is well known to most modelers as producers of very high quality resin kits and etched brass conversion and detail sets for vehicles and aircraft in all scales. They have been a very early contributor to the small scale armor community and known as one of the best companies out there.

This is US version with the USN carriage and front metal shield.

I had a few issues with this kit as the parts are quite small and I'm not, I broke a few myself but a couple of pieces were broken in the box.

I painted this using the recommended colours from the CMK instructions: Humbrol black 33, Humbrol brown 133, Humbrol grey/green 76 and Humbrol grey 87. I have since overpainted the grey with matt 147 grey as this will be on the Schnellboot model.