The objective is an operational 1/20th scale Mk13 Torpedo Roll Off Rack that allows a battery powered Torpedo to roll off the side of the boat and automatically start it's propellers before it hits the water.

With the original Roll Off Rack the idea was to replace the very heavy welded steel launch tubes with a much lighter weight simple rack that just let the torpedo's roll off the side of the PT Boats into the water. This development seems to have come about at about the same time as the availability of the fatter (22.5") but shorter (13') and lighter aircraft style torpedo which had more speed and reliability than the older 21" diameter and 21' long torpedo's and the aircraft style Mk13 torpedo had a better gyro system which should be able to handle the rolling action at launch time. This gave the boats a many ton weight reduction that then allowed the 40mm Bofor cannon to be fitted without overloading them.

This uses a SaturnS54/CirrusCS5.4 micro servo with a single swivel arm to hold the torpedo securely in place and it can also release wires which wrap around the torpedo just like the original units had. This model doesn't suffer from torpedo release problems caused by the release wedges getting wet and sticking to the sides of the launcher arms and it doesn't need any room below the deck for the servo. This design can also be 'handed' to make symmetrical left or right versions. 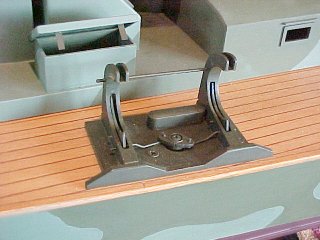 Above - The original version hand made ROR mounted on the boat showing the servo operated release wedge mechanism and the magnet at the rear which operates the reed switch inside the torpedo. This works OK but has a couple of issues, including the servo overtravel destroying the release mechanism and a problem not releasing when it gets wet, and it generally needed some improvement.

Above - This is the second generation design which was required because the new resin torpedo's are the correct scale size and don't fit the existing racks.

The drawing below shows the various laser cut parts for the second generation rack (I couldn't see myself making another 4 sets of all these bits). Given someone else was doing all the cutting I designed a few bits and pieces extra, purely for looks and to add to the authenticity, such as the release handle and related mechanism parts and the stuff to allow cables to hook over the torpedo which should actually operate with some fine plastic coated wire called "Tigertail" and help prevent accidental launching. I also added some extra strips with hexagonal holes which I intended to fill with hex extrusion and make them look like bolt heads. I will change this to add fixings for smaller servo's and I need to check out some issues with servo operating angles. These parts will be cut out of 1.5mm thick and 1mm thick Birch ply which is easy to cut and sand, glues really well with cyanoacrylate (superglue) and is really very strong when assembled.

Following are the photo's of the original hand made ROR's 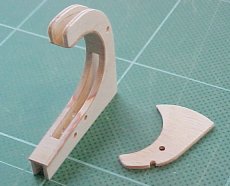 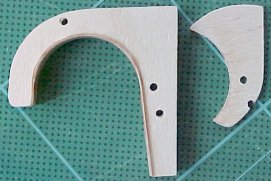 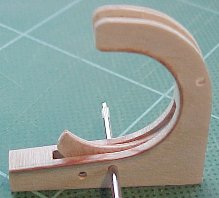 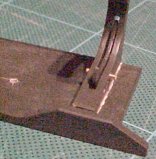 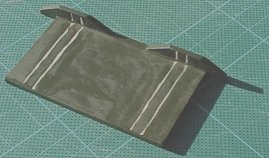 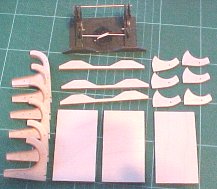 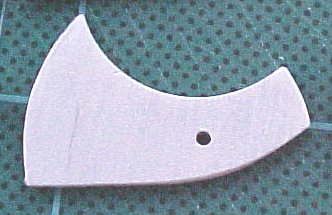 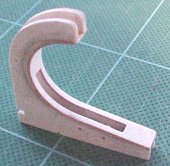 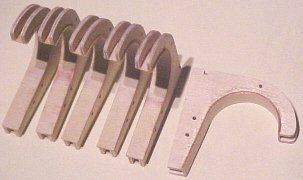 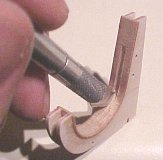