They emerged from the North Sea mist, launched their torpedo's and disappeared just as quickly. They were sometimes called the "Greyhounds of the Sea". Before the beginning of World War II the Friedrich Lurssen shipyard, in Vegesack, Germany, carried out much pioneering work and developed a fast, seaworthy speedboat (Schnellboot) under the guise of pleasure craft that were capable of top speed even in heavy seas, these boats had brilliant manoeuverability and the torpedo boats that came from these developments were so successful that they were built until the end of the war without major modifications. These torpedo speedboats, also called S-Boats or E-Boats, generally proved their worth on escort and security missions, sea reconnaissance, mine laying and in particular in combat against allied submarines and surface craft. They operated primarily off the Dutch and French coasts, along the English coast and in the English Channel, North Sea, Baltic and were also used in the Mediterranean and the Black Sea. The ultimate variant to be operational in significant numbers was the so called Schnellboot type S-100, which was produced from 1943 onwards and is reputed to be the best fast patrol boat of its time. The S-100 class at 35 metres length (114' 10") and 5.1 metres beam (16' 9"') was up to 50% longer and much sleeker than any of the allied PT / MTB Boats and unlike most allied boats was not based on a planing hull design but was rather a deeper round bottom design, more suitable for heavy sea's. The S-100 was a minor variant of the previous S-38B class and these were fitted as standard with a "kalotte" (skull cap) style bridge, which was a somewhat dome shaped rounded armoured bridge made of welded and riveted flat segments of armour plate steel and aluminum. The S-38B and the S-100 boats both featured a much higher forecastle than the previous models as well as the kalotte bridge and enclosed torpedo tubes and proved to be very well adapted for use in heavy sea's. The S-100 class boats were driven by three Daimler-Benz MB 511-V 2500 hp Diesel engines giving them an overall power rating of approximately 7500 hp and developing an outstanding speed of 43.5 knots (briefly accelerating to 48 knots).

In late July and early August of 1945, future US president John F. Kennedy visited defeated Germany with US Navy Secretary James Forrestal. As a former PT boat captain, he was naturally interested in the German counterpart so he made a point of carefully inspecting an intact "E-Boat" at Bremen. Kennedy's diary records his conclusion: the Schnellboot was "far superior to our PT boat."

There is an alternative school of thought that says that equivalent true looking scale speed should be calculated by dividing the full scale model speed by the square root of the scale rather than the linear scale itself.

This would result in the following scale speeds:

This school of thought mostly comes from model cars and or model airoplanes only achieving realistic looking skid or flying and banking effects at higher than linear scale speeds and it is also based on the resonance or cadence factors that are seen on smaller objects, take for example a pendulum and a half scale pendulum, not only would the half scale pendulum travel only half the distance but it would also swing significantly faster so we scale not only distance but time as well. What I like about this idea is that it explains why we need more that 0.94 Horsepower to make the model look impressively realistic and maybe explains some of the eroneous results in my brushless motor section of Hull-2.

I have been working on the S-Boot model for a while again in 2014 and getting ready to laser cut a kit to assemble. Because of the long delay in working on this model because of my wife passing away and then building a new house I virtually had to go over every bit to see why I made certain decisions and I found quite a few errors here and there and a bit of stuff that didn't make a lot of sense so I have spent many months re-visiting the drawing.

I have re-designed the entire keel to get rid of the need to shape a long length of spruce and also so that it has a well defined edge to glue the hull planking to the keel as I wasn't happy with the way that I did it before.

I have also redesigned the motor mounts to use a larger variety of motors and motor mounts.

This is the drawing of the basic views including the lines at half metre intervals and from this I will develop the model(s).

Doesn't look much considering how long I've worked on it!

I have developed the full original hull deck as well as the high forecastle so that earlier variants can also be built from the same model kit. 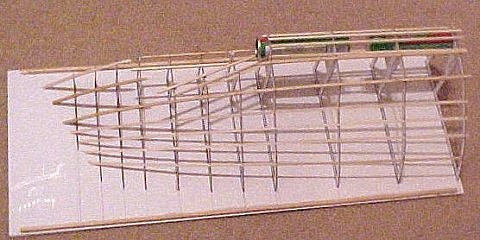 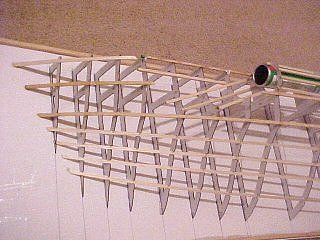 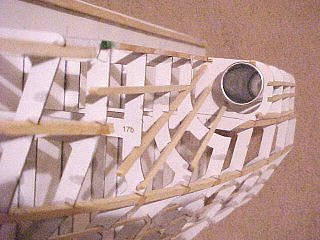 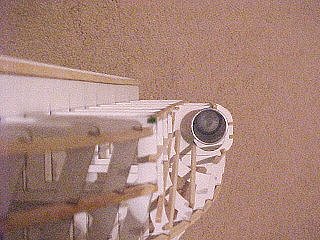 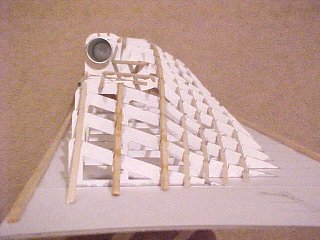 I decided to do some of the laser cut ribs as a half hull to work on the torpedo tube and I cut them from 1mm cardboard as it's a heap cheaper than Ply just for a test. 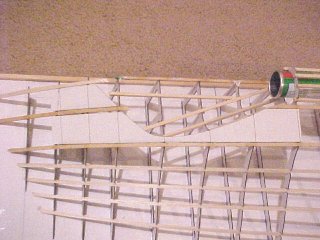 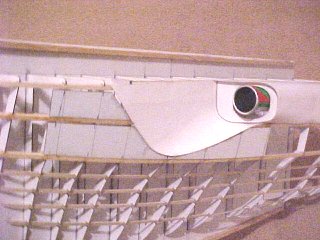 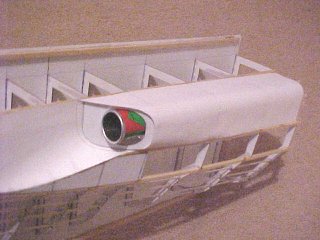 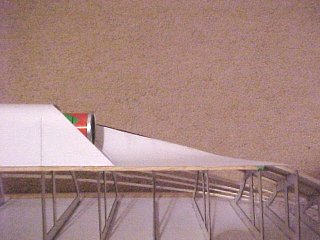 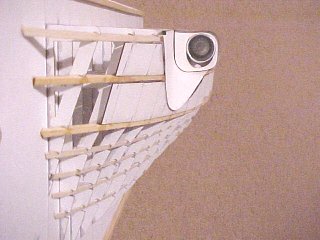 Where the torpedo cutout meets the hull is a complex shape and it took me a while to figure out how it was done, much of the S-Boot was made of Aluminium, which may have been beaten to shape, and as we are making it out of ply we can't do that, we are limited to curves in one plane only, however I am very happy with the shapes developed so far except for the 45 degree infill panel surrounding the torpedo tube, I have worked that out 3 times and it is just not right yet. Developing the shapes for these infill sections is not nearly as simple as it seems. 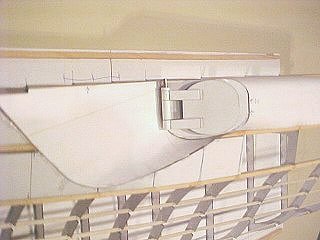 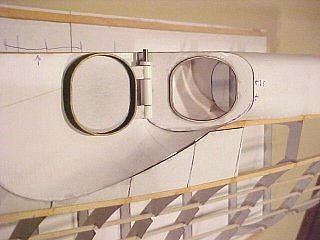 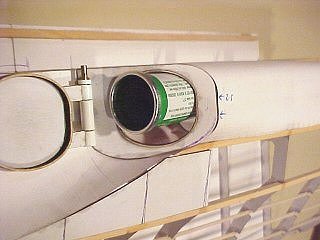 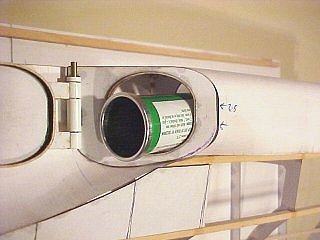 After a cold, wet, long weekend and much calculation and reference lines later I have a torpedo tube angled panel and tube door. The torpedo tube is not a simple tube at the opening, it flared downwards for some reason, probably to let the north sea back out! The shape of the bottom of the panel opening is a curve created by the tube being at 45 degrees and also angled downwards. The door is not quite wide enough to look right yet but the shape is good and the hinge is looking just about right. I have given a lot of thought to how to open the doors, the original doors were operated by a screw thread operating a worm gear at the top of the hinge, and a long rotating shaft running the length of the tube, back to the Torpedo man and operated by a manual crank handle.

I think I know why there are not a lot of models available for this boat!

The main long deck and keel runners are 1/2" x 3/16" spruce for strength, the bow is laser cut as 3 thicknesses of 2mm marine ply (cardboard in this case). The centre propshaft comes out through the main keel so was is a little tricky to design. 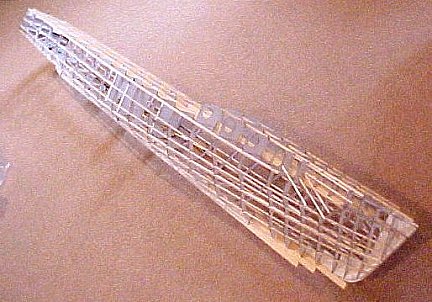 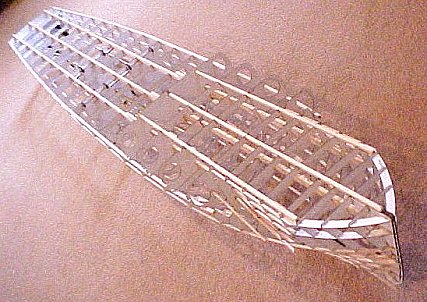 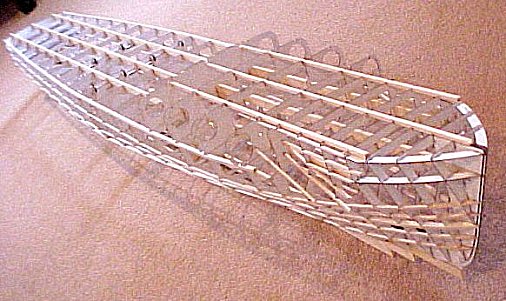 I seem to have got a bit carried away with the cardboard and balsa model and built the whole thing up into a 5'9" long monster, This is looking awesome though, even if I do say so myself! I have ordered a bigger version of the AXI 4120 brushless motor that I used in the Elco and a newly designed 60mm S-Boot prop from Simon at  www.prop-shop.co.uk to make sure they fit properly before I proceed to the final marine ply version. I have probably changed every part as I was building this one and I still need to iron out some issues such as how to open the tube doors and how to launch the torpedo's.

I have allowed for three 50mm diameter motors (2") that can be 90mm or more long (3.5") as I want to be able to make this boat move, I have also allowed for a Zenoah petrol engine but I probably won't build a petrol version as I would have nowhere to run it unless I join a club and get megabucks worth of liability insurance etc.

I am considering a servo operated can of deodorant to provide air pressure to push the torpedo's out. I'll mount a servo on the lid of the can so it pushes a tube down through an 'o' ring onto the button and the resulting pressure in the lid should come up the tube. The reason for deodorant is that it should lubricate the tube, displace water and provide a sort of smoke puff, well that's the theory, and when it's empty I just take the can off and replace it. 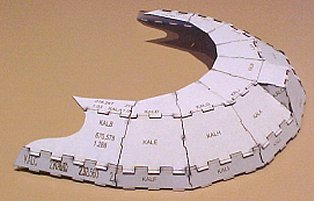 The first trial of the "Kalotte" (Skull cap) armoured dome bridge, too hard to put together and would need a lot of sanding! Looks cool though. The original was made of riveted and welded segments of aluminium at the sides and steel at the front. no windows in this yet, just a shape and construction test and as usual when you build one a better idea comes to mind.